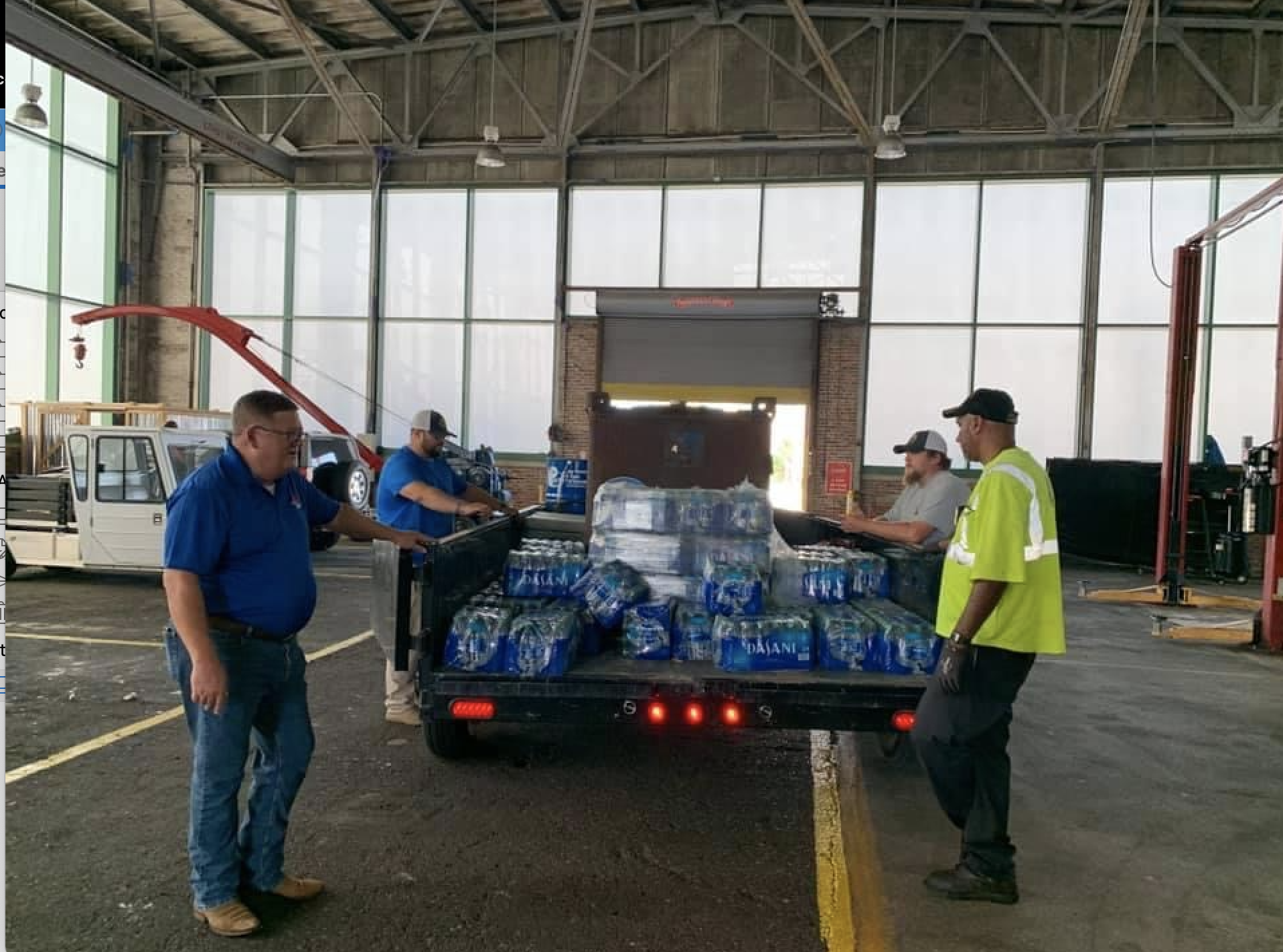 Though hurricane force winds caused power outages at NOPB’s administrative buildings and yards, and there was localized flooding at NOPB properties, there was no major damage to operational assets. In the aftermath of the storm, employees got to work inspecting track, removing obstacles, and making necessary repairs to switching and other equipment.

“The NOPB team outdid themselves in their response to this storm,” said Mike Stolzman, NOPB General Manager. “Our sole focus was to support the supply chain with quick resumption of rail service within the New Orleans Gateway for the benefit of our six Class I partners and local customers.”

In addition to Federal, state and local partners, along with the Port of New Orleans and NOPB teams, Watco’s Louisiana Southern Railroad (LAS) assisted recovery efforts with deliveries of both palletized water and 400 gallons of gasoline.