On the Same Track 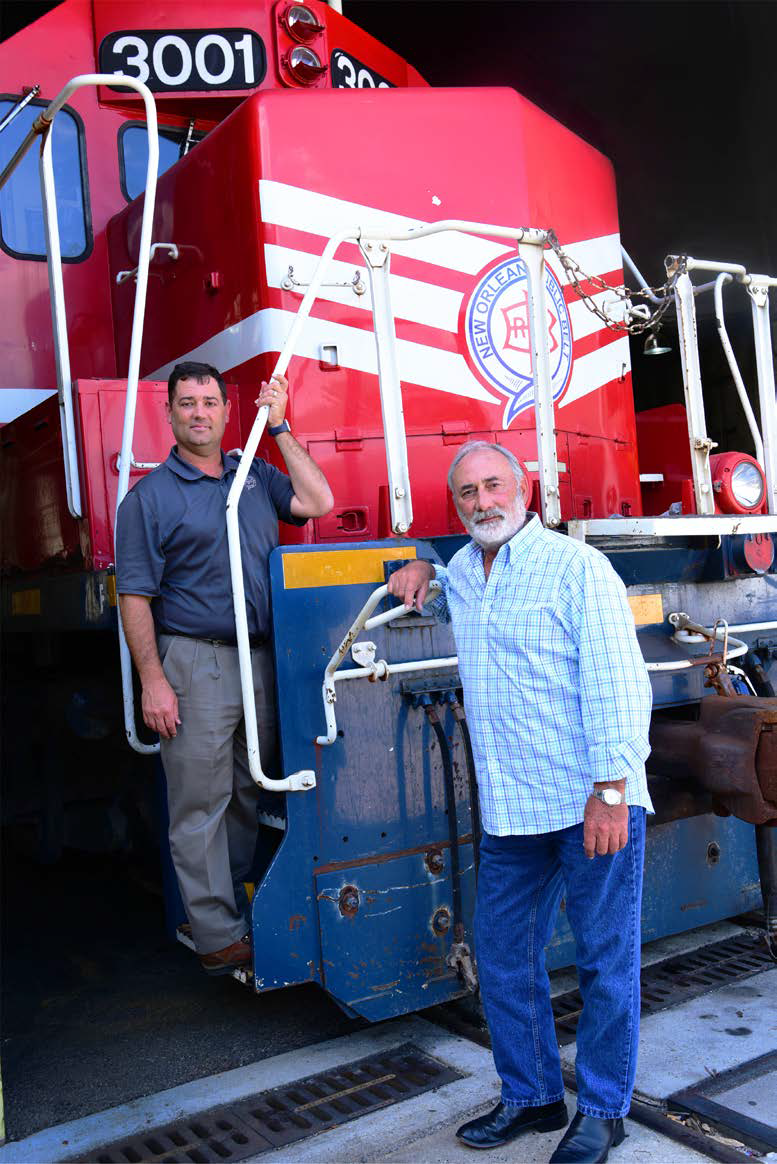 For Scott Richoux, the railyard was once his playground. Now, it’s his profession.

Scott, currently the Director of Special Projects at New Orleans Public Belt Railroad, recently took a trip down memory lane, recalling summer days spent with his father, Ron, who back then worked shifts as a yard clerk attaching tags and destination cards to railcars with an actual staple gun.

Ron doesn’t hide the pride he takes in his job at New Orleans Public Belt. Even today, more than four decades after he was hired, Ron recites the date of his first workday without hesitation: November 11, 1974. “Things were different back then,” Ron says. Where computers dominate much of the day-today operations now, Ron did most of his job requirements by hand. “Rain or shine, didn’t matter,” Ron says. “We’d have those weather-proof pencils and then you’d re-write the work when you come in — transferring from the cards to the actual forms, because the forms couldn’t get wet. “Eventually, I wised up and started using a tape recorder when it rained,” he continues with a slight laugh. “I got smarter. Just talk all my information into the tape recorder and write it down later.”

The pride in the profession was eventually passed down. Just like his father, Scott recites his first day without pause: September 22, 2003. Initially starting in Operations as a switchman and switchman conductor, Scott’s efficiency and accountability stood out in a positive way, prompting a promotion to the Track Maintenance Department and eventually a move inside the Clerical Department — the same place his father ended his 35-year career back in 2009.

“There was an attachment to it,” Scott says about working at Public Belt. “Just being around the railyard for that long, it’s always been a tight-knit community of people. The same folks my father worked with, I’d see them on the weekends. They coached Little League. They coached the basketball teams. So I always felt some attachment to the railyard, and it’s a great profession, which made it easy to give it a shot when something opened. And it’s been a great decision.”